The COVID-19 pandemic has affected all sectors of the community, particularly those who were already suffering from poor health and chronic conditions. We now know that people of any age with certain underlying medical conditions such as diabetes, heart disease, hypertension and obesity are at increased risk for severe illness from COVID-19. What’s depressing is that a lot of this could have been prevented. Poor nutrition/diet is one of the leading risk factors for chronic disease and accounts for nearly 75% of all deaths in the US alone. It can also lead to increased risk of cognitive decline as you age. As we’ve already seen in a previous blog, what you put into your gut (the second brain) will have a significant impact on how your first brain functions. So, in this blog, I’ve put together a list of “brain superfoods” that are readily available to support your body with the nutrients it needs to keep cognitive function and mental health at its peak. I have also included some brain exercises to build out those brain cells (and yes, you can grow new ones!)

Blueberries are known for their antioxidant content in the form of flavonoids. Clinical research

Leafy green vegetables are nutrient dense with bioavailable vitamins and minerals. They’re packed with phytonutrients which have been shown to assist in detoxification and reduced inflammation of the body. Green vegetables have also been shown to reduce inflammation in the gut which is critical for brain health – to keep inflammation of the brain down, you need to reduce inflammation in the gut. It’s a good idea to aim for at least three servings a day – one of the easiest ways to up my greens servings is to add a big bunch of kale, spinach, and lettuce greens in my morning shake. I find it much easier to digest and it doesn’t require a lot of chewing.

Cruciferous vegetables (arugula, bok choy, broccoli, brussels sprouts, cabbage, cauliflower, kale, radish, turnips) have the limelight as they are low in calories and rich in folate, vitamins C, E, and K, and fiber. Fiber is an important nutrient to incorporate – it helps with digestion and also keeps you full longer, reducing those hunger cravings which make you reach for the snack cupboard!

Fatty wild salmon which is loaded with omega-3 fatty acids can also protect your brain by decreasing inflammation. When possible, opt for wild salmon as it contains a more favorable omega-6-to-omega-3 ratio (1:10) versus the farmed ratio (1:4).

Because the standard American diet of processed and junk foods loads our bodies with 25 times more omega-6s than omega-3s, it’s important to rebalance that ratio by packing in some wild salmon into your meals. Keep in mind that wild salmon is free of antibiotics and hormones, never genetically modified, and low in mercury.

Numerous studies have shown Omega 3-fatty acids to be associated with reducing symptoms of depression. These fatty acids are also well tolerated by both adults and children.

Fermented foods like kimchi, sauerkraut, miso, yogurt, kombucha and kefir (a fermented milk drink) are a great source of enzymes, probiotics and vitamins that are important for digestion and gut health. Studies have shown that consumption of fermented foods correlates with improved cognition and significant improvements in depression and anxiety. So eating these foods is not only good for your gut but also benefits your mental health.

It is now understood that fermented foods can have enhanced vitamin content due to the formation of bioactive or bioavailable end-products resulting from the fermentation process. Many fermented foods also contain living microorganisms of which some are genetically similar to strains used as probiotics.

Prebiotics are the types of dietary fiber that feed the friendly bacteria in your gut and in turn play a major role in brain health.

These foods are converted to short chain fatty acids by your gut bacteria and lead to a healthier digestive system while reducing inflammation and serving as a source of energy for your brain.

Avocados are the only fruit that provides a substantial amount of healthy monounsaturated fatty acids (MUFA) – these fats have been shown to facilitate healthy blood flow throughout the body and to the brain. Avocados are a naturally nutrient-dense food and contain nearly 20 vitamins and minerals including Vitamins C, E, and K. and magnesium. In addition, avocados contain folate which is necessary for making neurotransmitters, promoting cellular detoxification and nervous system development. There is a growing body of evidence that suggests that folate is essential for brain health across all age groups.

Are you nuts for nuts? These brain-boosting snacks are packed with healthy fats and protein. Nuts have been shown to improve cognitive function in adults and prevent age-related cognitive decline.

Additionally, these nuts have been studied not only for their brain-protective activity but also for their ability to reverse brain atrophy. Almonds, for example, have been shown to lower blood sugar levels by up to 30% and reduce inflammation in people with Type 2 diabetes, which is a risk factor for Alzheimer’s.

Before you SHOP:  Check out the Environmental Working Group site to view the list of fruits and vegetables that tend to have the highest levels of pesticides – so purchase organic when possible.

How about some simple brain exercises? 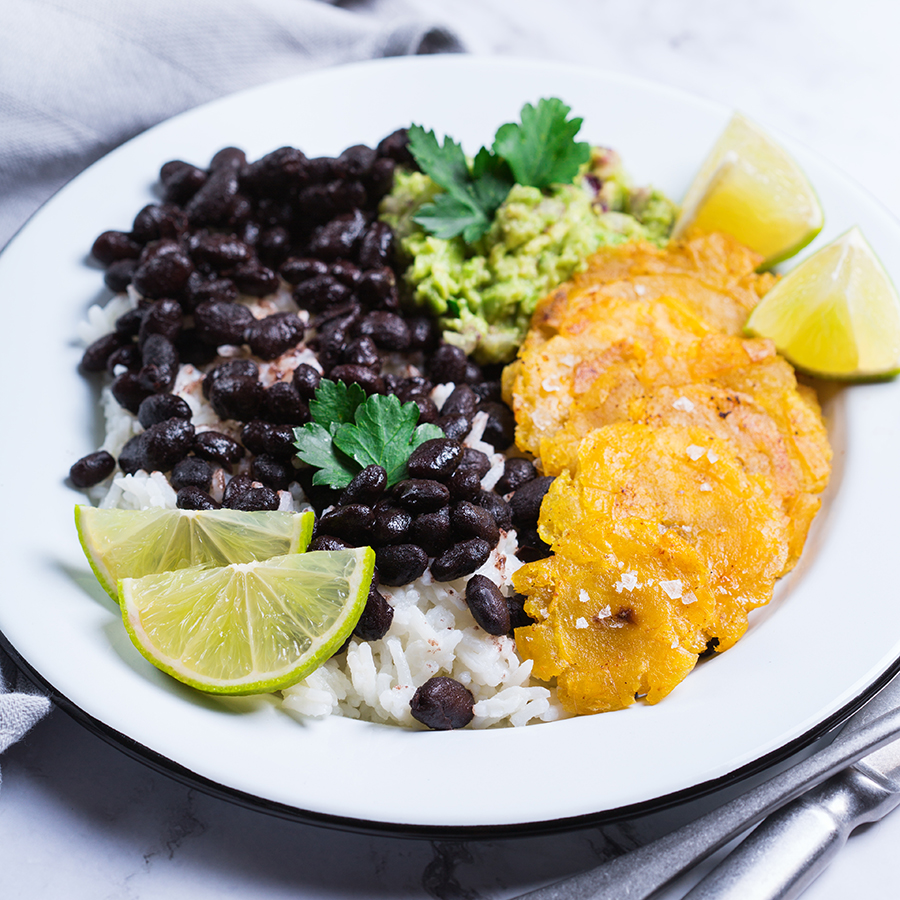 If you have diabetes or prediabetes, your doctor will likely recommend that you see a dietitian to help you develop a healthy-eating plan. The plan… 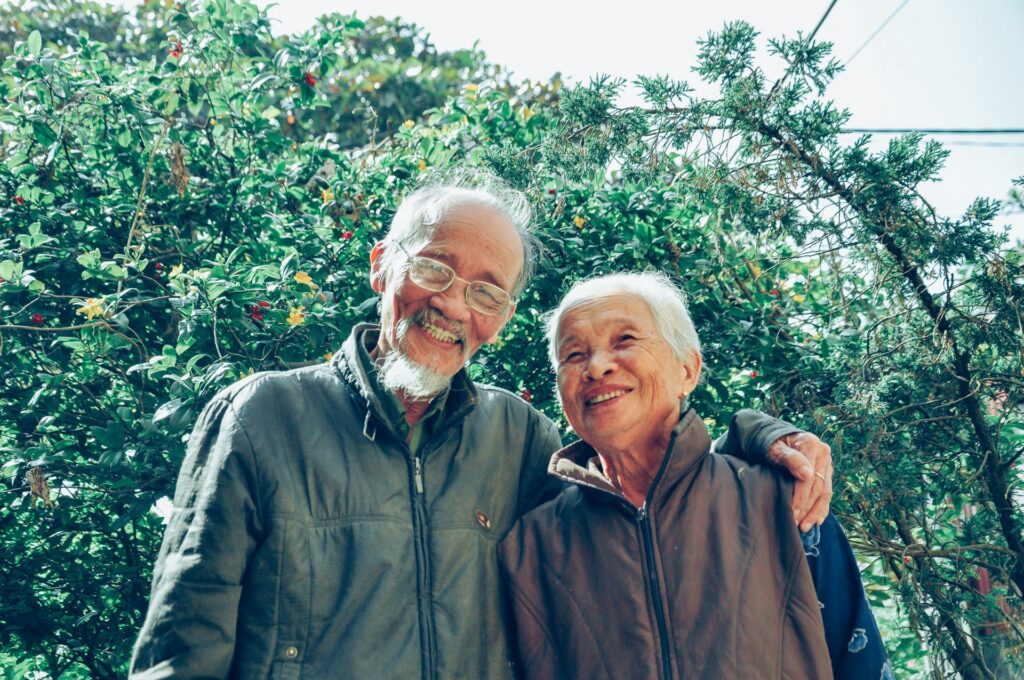 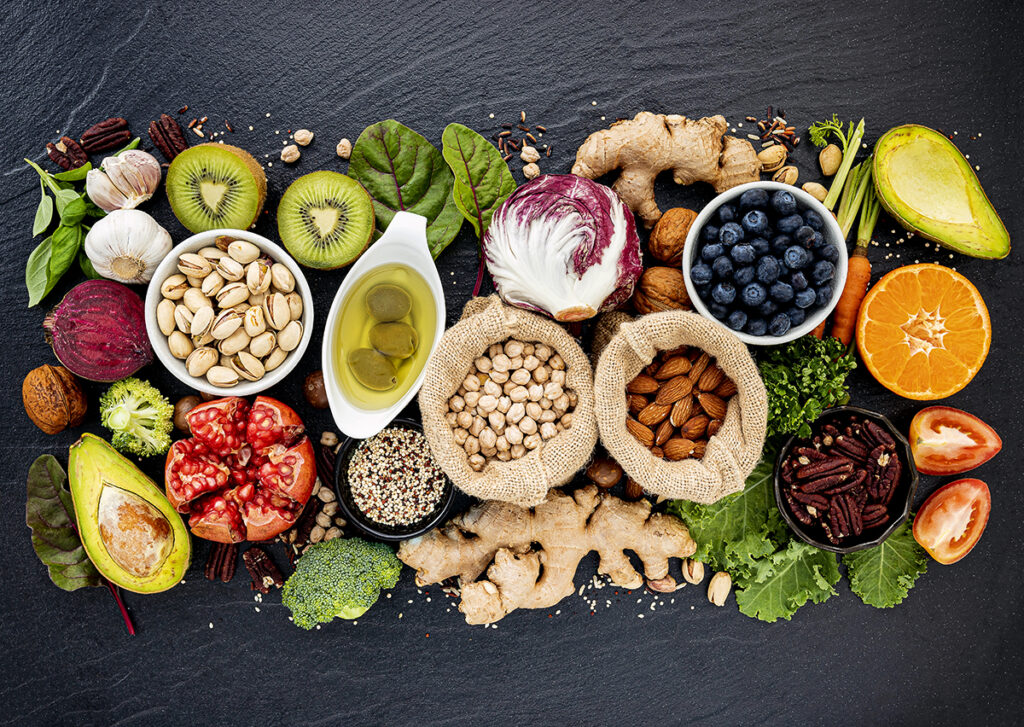 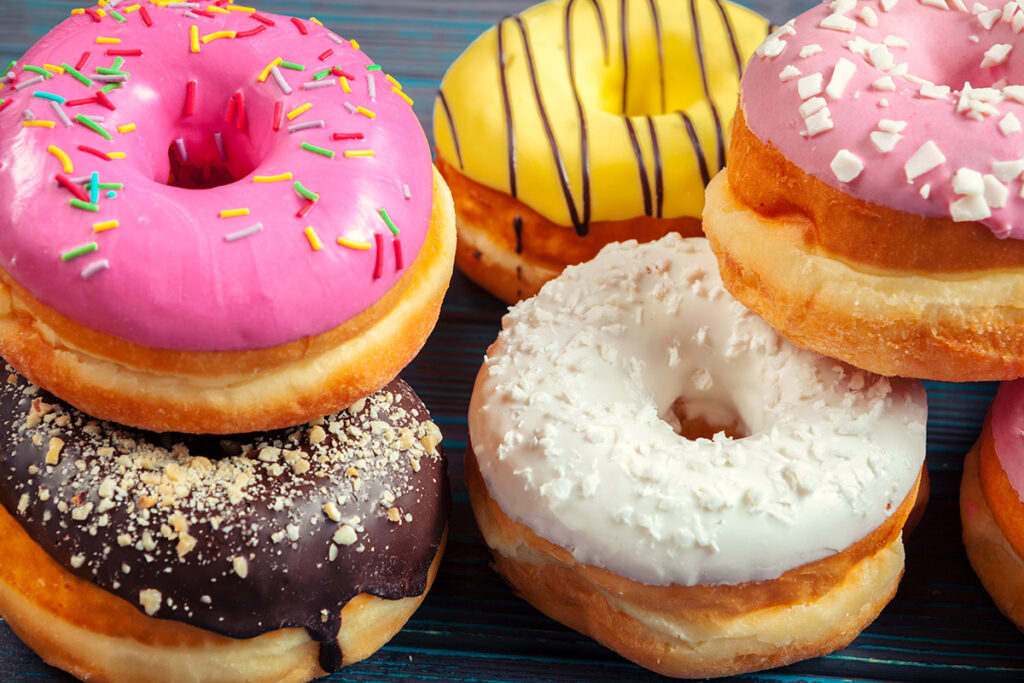 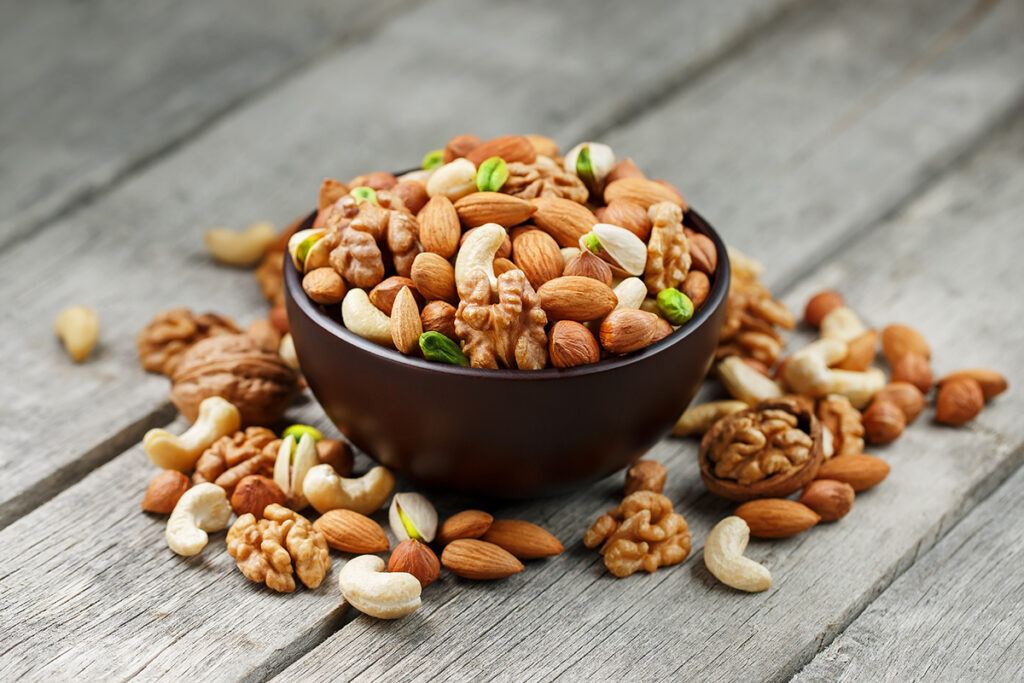